This particular article will have no rhyme or reason, no theme. It will simply be disjointed ramblings. In other words, it will be a “Larry King” column. 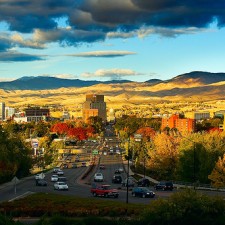 Rap artists Tupac Shakur and Snoop Doggy Dogg are in trouble with the law. Evidently “rap” doesn’t refer to their style of music, but rather their sheet of prior convictions…I have a friend who is into the “grunge” look. I’m glad he told me. I thought he was just dressing sloppily…Pound for pound there is no better cheese than Colby.

I’m concerned about The Brady Law. I hear that it has been watered down so much that it now only covers squirt guns. Watch out Jose Rijo….Billy Joel and Christy Brinkley have separated. I heard one of his old songs today, “Don’t go changing to try to please me…I love you just the way you are”. That’s a nice little song he wrote for his first wife, whom he left for Christy…Soap can dry your skin. Hey, so can a towel.

Why do they make sidewalks just wide enough for 2 1/2 people? This reminds me of the drummer in that famous Revolutionary War fife and drum trio. He wasn’t limping. He just got squeezed off the sidewalk… Celery is nature’s dental floss.

I guess I’m a neat freak. I was watching an old episode of “Petticoat Junction”. In the opening sequence the girls are swimming in the water tower. My friend said, “I bet they’re skinny-dipping.” I thought, “Gross, they’re swimming in the town’s water supply!”…I don’t know if Michael Jackson is the King of Pop. I thought that was Barq’s…Salsa is the mayonnaise of the 90’s!

I think that year round Christmas stores were created by the people who never take down their Christmas lights…It was very hot today in Los Angeles. So much so that I spit out a mouthful of water and it evaporated before it hit the ground. That’s hot…There’s a guy on radio who says he can’t program his VCR, but can invent a machine that will do it using his voice. He says he’s not stupid. He’s brilliant!…Glasphalt is my favorite surface.

When men repeatedly say mean things about women, they are labeled “misogynists”. Oddly enough there is no term for women who bash men. I’m sorry, “Oprah”… Laughter is the best medicine. This is good because laughter is contagious…I hate suspenders.

So there you have it, a lot of bang for your buck (or whatever this paper costs)!

Besides being nominated for his second Emmy award (and it is an honor just being nominated), Chip Chinery is a nationally touring stand-up comedian originally from Cincinnati, now living in Los Angeles. He will be headlining Go Bananas May 4-8. Call 984-9288 for more info.