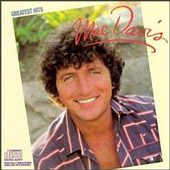 I shot my 37th TV show today! CBS’ “Still Standing” had the honors. The show was created by Diane Burroughs and Joey Gutierrez. Fun Fact: Joey was one of the other comics on my very first TV appearance. Of course, I am talking about A&E’s “An Evening At The Improv”.

I played the father of a kid who was battling Mark Addy’s kid in a Magic-type card game.

The coolest part of the week for me was meeting Mac Davis. Mac was a huge music star in the 70s (Baby Don’t Get Hooked On Me, Stop And Smell The Roses and I Believe in Music). He had his own variety show and acted in “North Dallas Forty”. He also wrote songs for many artists. For Elvis, he wrote A Little Less Conversation, In The Ghetto, Don’t Cry Daddy and Memories.

Mac was working in the studio next to mine on new show called “Rodney”. Mac’s dressing room was next to my friend Stoney Westmoreland’s. Stoney and I did a few Bud Light commercials together. I was hanging out with Stoney when Mac knocked on the door and asked if he could run a song past us that he’d been working on.

We went over to Mac’s dressing room. He pulled out his guitar and a legal pad upon which were his handwritten lyrics. I sat on the couch, star struck, next to Mac and tried to be cool. As the years go by, I am almost certain that I will tell this story and say that I co-wrote a song with Mac.

Then we all went back to Stoney’s room and hung out shooting the breeze. That was really cool. I admitted that I’d illegally downloaded “In The Ghetto” off the internet and offered him a dollar. He said it was on him!