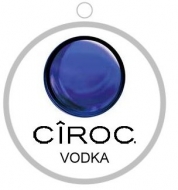 What the ad people are calling a Ciroc “movie” has been released. P. Diddy & P. Chip, with special appearances by Aziz Ansari and Julia Voth. I was going to wear a kilt, but they cut that at the last minute because my calves would have upstaged everyone! Once that happened, I was not so concerned about the distinction between an Irish brogue and Scottish dialect. I settled on the Liam Neeson.